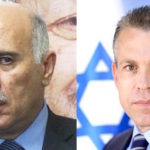 “Sports should be used to build bridges and spread peace between nations, and should not be used to promote divisiveness and racism,” Erdan wrote. Continue Reading » 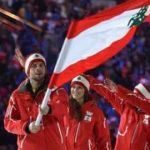 The International Olympic Committee warned the head of the Lebanese delegation, that they would not accept any further instances like this.

The head of the Lebanese Olympic delegation was reprimanded by the International Olympic Committee on Sunday after refusing to let the Israeli delegation board a bus the two teams were supposed to share. 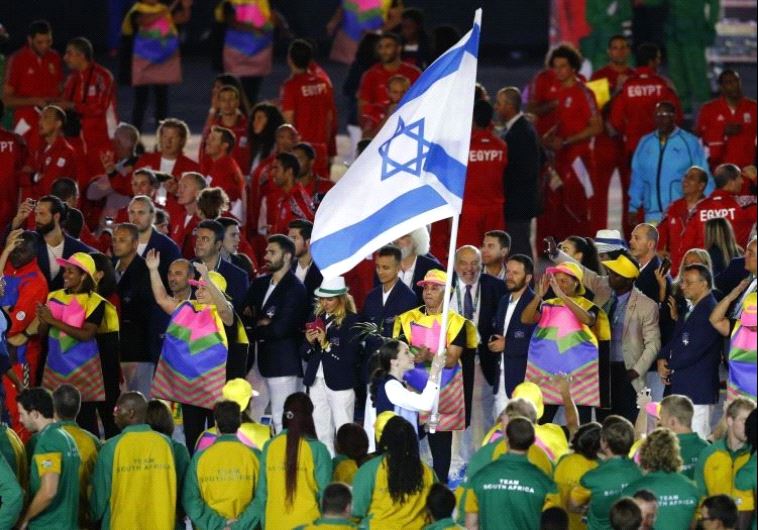 As a result, according to the original Facebook post by Israeli sailing coach Udi Gal, event organizers tried to scatter the Israeli athletes on several different buses. He called this “unacceptable for security and representative reasons.”

The Chief of the Israeli baseball association was forbidden from displaying Israel’s flag at the World Baseball Softball Confederation congress in Tunisia.

LAUSANNE, Switzerland — The International Olympic Committee has issued a warning to the international baseball and softball federation after an Israeli delegate was barred from displaying his national flag at a recent meeting in Tunisia.

The IOC opened an investigation after the head of the Israeli baseball association, Peter Kurz, was told he could not display the Israeli flag or name plate at the World Baseball Softball Confederation congress in Hammamet, Tunisia, in May. Continue Reading »

The long-vaulted records that detail the chaos surrounding 1972 Munich massacre have angered the widows of two athletes who died in the violent incident.

Four decades after Palestinian terrorists belonging to the Black September group mounted an attack that killed 11 members of the Israeli delegation to the Munich Games, the Israel State Archives on Wednesday released a series of documents that paint a fractured picture of the actions taken by Olympic authorities and the Israeli government during and immediately after the deadly events. Continue Reading »

NBC sportscaster Bob Costas plans to call out the International Olympic Committee (IOC) for denying Israel’s request for a moment of silence acknowledging the massacre of 11 Israeli athletes and coaches at the 1972 Games.

Costas intends to make his remarks as the Israeli delegation enters the 80,000-seat Olympic Stadium for the Olympics’ Opening Ceremony, which coincides with the 40th anniversary of the Munich massacre. 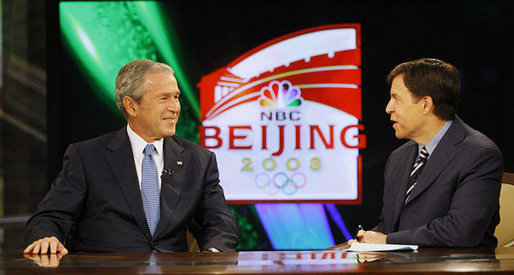 US President George W. Bush speaks with Bob Costas of NBC Sports during an interview “while attending the 2008 Summer Olympic Games in Beijing.

IOC Decision : No moment of silence at Olympic Games

LONDON – The IOC has ruled out marking the 40th anniversary of the Munich massacre at the London Olympics opening ceremony but will visit the airfield where some Israeli team members were killed, it said on Saturday. 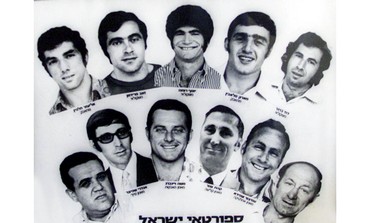 WASHINGTON – US President Barack Obama joined a long line of leaders, nations and organizations calling for a moment of silence in memory of the 11 Israeli athletes killed in the 1972 Munich Massacre at the London Games‘ opening ceremony.

This marks the height of a global campaign to break the International Olympic Committee’s (IOC) objection to commemorate the Munich Massacre victims at the Olympic opening ceremony.

“We absolutely support the campaign for a minute of silence at the Olympics to honor the Israeli athletes killed in Munich,” National Security Council spokesman Tommy Vietor said. Continue Reading »

Olympics official admits that Muslims blocked one-minute silence for the 11 murdered Israeli athletes, one of the widows reported.

An Olympics official admitted that Muslim countries blocked the “One-Minute of Silence” campaign to honor the 11 murdered Israeli athletes, one of the widows said. Ankie Spitzer, whose husband Andre was one of the athletes massacred in the Munich Games n 1972, told the European Jewish Press that Jacques Rogge, president of the London Organizing Committee of the Olympic Games, told her  that his “hands were tied” by the admission of 46 Arab and Muslim members to the International Olympic Committee. Continue Reading »

IOC insists athletes must compete with Israelis this summer

A spokesman for the International Olympic Committee warned athletes considering taking a stand, rather than racing against Israelis, to “stay at home”.

Olympic athletes who boycott Israeli competitors in London will be in breach of IOC rules.

Boycotting Israel would be a 'serious breach'

A spokesman for the International Olympic Committee declared that refusing to compete against Israelis would represent “a serious breach of the IOC’s Code of Ethics, the principles of the Olympic Charter and the Athletes Oath”. Emanuelle Moreau warned athletes considering taking a stand, rather than racing against Israelis, to “stay at home”. Continue Reading »