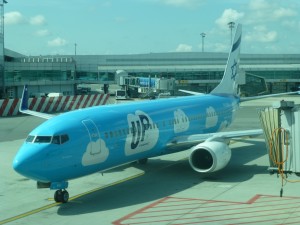 Foreign Ministry officials in Jerusalem confirmed Monday that Nada Amin, the Iranian journalist who was granted political asylum in Israel, remains in Turkey, and said they were looking into reports she was arrested trying to leave the country.Interior Minister Aryeh Deri granted Amin political asylum Sunday after reports surfaced that Turkey was planning to deport her to Iran. Amin was scheduled to fly from Turkey to Israel, but did not board her flight from Istanbul to Tel Aviv.

Amin, 32, ran afoul of Iranian authorities earlier this decade for a series of articles critical of the regime, and eventually fled the country in 2015 after her book Zenjir (“The Chain”) was banned.

Since then she has lived with refugee status in Turkey, but her work for the Jerusalem-based Times of Israel website has raised eyebrows in both Turkey and Iran. According to the UN Watch NGO, Turkey’s National Intelligence Organization (MIT) has followed Amin “for a long time,” with at least five or six phone calls and interrogated her at the foreigners’ branch directorate. Arabic-language media reported Monday that Amin has been indicted on several counts of treason stemming from her work for Israeli media, a capital crime in Iran.

“They (Turkish authorities) kept asking me why I wrote for an Israeli newspaper and with whom I have connections in Israel. Although I repeatedly said I am only a journalist, they accused me of being a spy for Israel,” Amin told UN Watch.

On July 5 Ankara informed Amin she would no longer be afforded refugee status and given 30 days to leave the country, leading her to publish a plea for asylum last week to countries in the Mediterranean region.

She fears she would be deported to Iran and face prison or even the death sentence were she to return to the Islamic Republic.

It is not clear why Turkey is planning to expel Amin, who has lived in Turkey since fleeing Iran in 2014, but it might be related to Ankara’s aggressive hostility to the media, led by President Recep Tayyip Erdoğan.

More than 30%, 81 out of 259 of the journalists currently imprisoned around the world have been jailed in Turkey, including the prosecution last month of 17 journalists for the daily Cumhuriyet newspaper who were accused of aiding and abetting terrorist organizations.

“This is a journalist who has a real danger posed to her life, only because of writing columns on an Israeli news website,” said Deri.