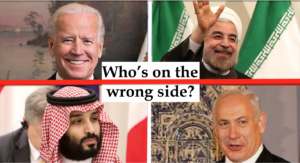 Last Sunday’s covert meeting in the Saudi city of Neom, confirmed by Israeli officials but publicly denied by Riyadh, conveyed a coordinated message to US President-elect Joe Biden that Washington’s main allies in the region are closing ranks. 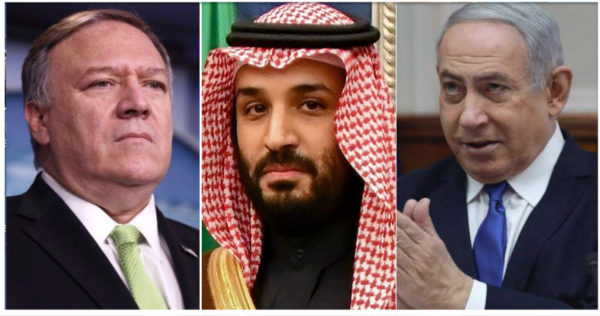 It was the first publicly confirmed visit to Saudi Arabia by an Israeli leader and a meeting that was unthinkable until recently as the two countries do not have formal diplomatic relations. But it underlines the depth of the two countries’ concerns about Iran, and shows how opposition to Tehran is bringing about a strategic realignment of countries in the Middle East. 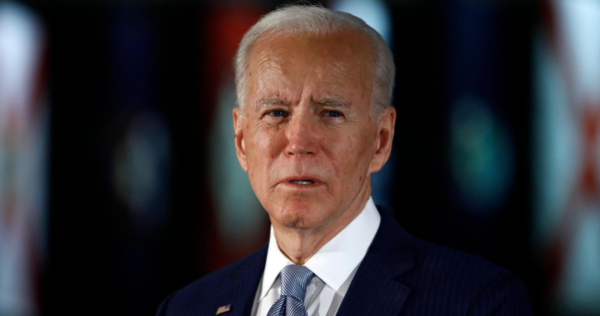 Joe Biden, 47 years in public service has consistently ‘championed causes on the wrong side of history,’ according to both the Rev. Jesse Jackson and Professor John Cary. – Screenshot

They fear Biden will adopt policies on Iran similar to those adopted during Barak Obama’s US presidency which strained Washington’s ties with its traditional regional allies.

Biden has said he will rejoin the international nuclear pact with Iran that Trump quit in 2018 – and work with allies to strengthen its terms – if Tehran first resumes strict compliance.

Both Israel and Saudi Arabia have recently ramped up rhetoric against Iran, which is locked in several proxy wars with Riyadh in the region.

Iran has built a network of armed Shi’ite militias across the Arab world, from Iraq to Syria and Lebanon and down into the Gulf and Yemen. Tehran-backed Houthi rebels in Yemen attacked Saudi oil installations last week, the latest in a string of attacks on Saudi targets. 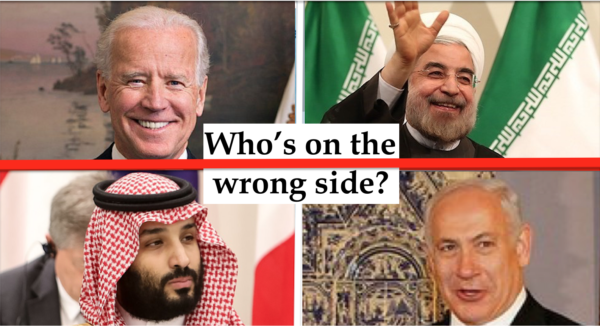 With a ‘red line’ drawn, who’s on the wrong side: Biden supporting Iran, or Saudi Arabia joining Israel against Iran? – Photos: Wikimedia

Israel is waging a shadow war against Iranian forces, mostly through regular air raids in Syria on Lebanese Shiite paramilitary group Hezbollah, on Iran’s Revolutionary Guard, and on supplies of weapons as they are moved across the country.

Sunday’s meeting was held in the presence of US Secretary of State Mike Pompeo and Mossad Director Yossi Cohen, Israeli media said.

Pompeo, who has been trying to coax Saudi Arabia to follow the lead of the United Arab Emirates, Bahrain and Sudan in normalizing ties with Israel, declined to confirm the meeting. But diplomats in the region said US envoys had privately confirmed the meeting took place.

Netanyahu declined to comment on the meeting. He has yet to visit the UAE and Bahrain since formal ties were established, with tacit approval from Gulf powerhouse Saudi Arabia.

On Thursday, he said he expected more countries to normalize ties with Israel in the next few months.

There was limited talk of the meeting on Saudi social media, but some opposition figures denounced the visit. Political analysts said the Saudi denial of the meeting could have been a way to test the waters at home.

Saudi Arabia, the birthplace of Islam, has softened its stance on Israel in recent years but signaled it is not yet ready to officially normalize ties, which analysts say would be a difficult move for King Salman in the absence of an Israeli-Palestinian peace deal.

“[The meeting with Netanyahu] aimed to highlight that the crown prince is more willing than his father to take steps towards normalization without first reaching a two-state solution,” said Neil Quilliam, an associate fellow at Chatham House think tank.

Despite this, normalization is not expected to happen while King Salman is alive, said a well-connected Saudi source and a foreign diplomat in Riyadh.

“Normalization … is a carrot to get (Biden’s) focus away from other issues, especially (Saudi) human rights,” the diplomat said.

The Saudi source and the diplomat said the Saudi king was kept in the dark about Netanyahu’s visit.

Although the king chaired last weekend’s virtual G20 leaders’ summit, rumors of his declining health have swirled since he was admitted to hospital this summer.

A video was leaked during the G20 summit which showed the crown prince correcting the confused king’s recollection, a leak which sources said was intentional.

The Saudi government media office did not immediately respond to a request for comment.

The leak of Prince Mohammed’s meeting with Netanyahu may have been intentional from Israel: an executive jet was used for the direct flight from Tel Aviv, which was quickly spotted on open-source flight trackers, and Israeli censors made no efforts to quash reporting on the trip.

The leak gave Netanyahu an opportunity to embarrass his political rival, Defense Minister Benny Gantz, who is due to take over as prime minister a year from now under a power-sharing agreement.

It included news that Netanyahu had not informed Gantz about the flight, in effect implying to Israeli voters that the centrist politician cannot be trusted to keep a secret, following speculation that an early election is on the cards.

Netanyahu has acknowledged he also kept Gantz in the dark about secret negotiations with the UAE that led to normalization.