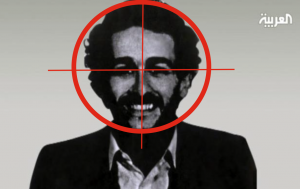 He was identified by a UN tribunal as the key suspect in the murder of former Lebanese Prime Minister Rafik Hariri. Badr al-Din is a cousin and brother in law of Mughniyeh.

If the reports are true, the assassination comes after the elimination of senior Hezbollah terrorist Samir Kuntar last December in Syria.

More facts are coming out of the killing of Mustafa Badr al-Din this morning, who was the number 2 of the Hezbollah terrorist group, the deputy to Sheikh Hassan Nasrallah.

The update reports Badr al-Din was killed by an explosion in his Syrian war room, along with 2 top Iranian generals and 8 Hezbollah commanders.

Interesting fact coming out of this is that the top chief of all Iranian forces in the Mid-East, General Sulimani, had just left the war room mere minutes before the explosion occurred, so he survived unscratched.

An unnamed source, suggests Jerusalem would not have dared killing Gen. Sulimani, as he is expected to be the next runner for president in the upcoming Iranian elections and is a very popular & probable candidate to win. Killing him, would probably have led to a direct retaliation by Iran on Israel (should Israel be found as the perpetrators who executed the attack).

So with such precise intel, and the surgical quality of the way this operation was carried out, there are very few countries in the world, that could carry out such a quality strike.

In this ongoing melodrama, there still hasn’t been any formal accusation directed at Israel, since Mustafa Badr al-Din had a ‘target on his head’ by the Christian Lebanese for his involvement in the assassination of former Lebanese Prime Minister Rafik Hariri.

Also is the fact that many of the more religious in Hezbollah have become increasingly more critical of Badr al-Din’s western, playboy lifestyle.

It appears since Badr al-Din has been the most dynamic commender in Syria, he’s become the #1 target of all the different rebel factions, including Daesh (ISIS).

With so many who wanted him dead, within & outside of Hezbollah, and their ability to carry it off, Hezbollah has yet to point a finger, instead, opened an investigation to rule out that it was ‘an inside job.’