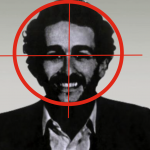 The newspaper’s leaks demonstrates the lengths to which opponents of the tribunal will go to undermine its mandate: to investigate who was behind the powerful car bomb that killed the former Lebanese PM, Rafik Hariri, and 22 others in 2005.

BEIRUT, Lebanon — The first shock came when a leading Lebanese newspaper published a confidential list of 17 witnesses who may testify in the murder trial of a former prime minister — showing their names, passport pictures, dates of birth and where they work.

A man shouted for help at the site of a blast that killed the former Lebanese Prime Minister Rafik Hariri in February 2005.