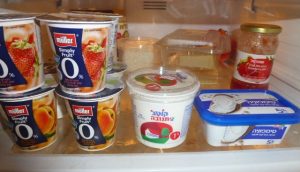 Trump’s decision to upgrade the existing agricultural trade agreement should reduce protectionism, opening Israeli markets to more competition & lower prices. That will have great support in Israel, where high consumer costs are a frequent source of frustration that have facilitated numerous state-wide protests.

US President Donald Trump’s ambition to change the rules of global trade is not skipping over Israel, according to a report by Bloomberg news. US trade negotiators will be visiting Israel this week for discussions on upgrading the existing agricultural trade agreements and reduce tariffs for American farm exports to Israel.

Under the existing agreement, “virtually any product produced in Israel that can be competitive in the U.S. market, can enter the U.S. duty-free,” according to a separate 2018 report from the U.S. Department of Agriculture’s Foreign Agricultural Service. “In contrast, U.S. products continue to face high tariffs in many sectors limiting their access to the Israeli market.”

Trump is trying to complete a process, begun under the Obama administration, to reopen the free trade agreement signed in 1985. Until now, Israel has been reluctant to lower barriers to American imports, but changes are expected to allow more US agricultural exports into Israel.

Since signing the agreement more than three decades ago, Israel’s economic output has expanded about 13 times. The agricultural pact between the allies was last updated in 2004.

The talks have been ongoing for some time now and are expected to wrap up this week. If they do reach an agreement, the government may find it hard to implement during the election season; only last week, the attorney general told Finance Minister Moshe Kahlon that a decree lowering tariffs for imported dairy products can only be signed after the election.

In 2017, the U.S. ran a trade deficit of almost $14 billion with Israel, an economy 55 times smaller. America is by far Israel’s biggest trading partner with annual trade worth $30 billion, three times the total of second-place China, according to data compiled by Bloomberg.

Precious stones, pharmaceuticals and electrical machinery are Israel’s main exports to the U.S., Agriculture accounted for less than $1 billion of trade between the countries in 2017, according to the U.S. Trade Representative’s website.

If a new deal reduces protectionism and opens Israeli markets to more competition, it could have the support of many in Israel, where high consumer costs are a frequent source of frustration, wrote Bloomberg.