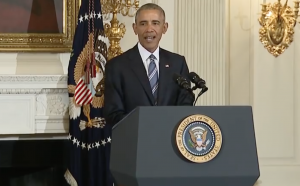 The department said Tuesday it would look at the payment, one of the Obama administration’s final acts in office, and might make adjustments to ensure it comports with the Trump administration’s priorities.

“I was tracking President Obama’s 11th-hour moves on the Palestinians, and this issue never came up once … Most analysts and observers didn’t think Obama would or could do this,” Dr. Jonathan Schanzer of the Foundation for Defense of Democracies told Business Insider.

Congress had initially approved the Palestinian funding in budget years 2015 and 2016, with the US Agency for International Development sending the Palestinians $355 million in 2015.

But at least two GOP lawmakers Ed Royce of California, the chairman of the House Foreign Affairs Committee, and Kay Granger of Texas, who sits on the House Appropriations Committee had placed holds on the funds as the Palestinian Authority had pursued “a unilateral tract towards statehood and they were not trying to work with Israel,” said Schanzer.

Congressional holds are generally respected by the executive branch but are not legally binding after funds have been allocated. “Most analysts and observers didn’t think Obama would or could do this,” said Schanzer.

Mahmoud Abbas, a guy that’s become an autocrat, entered his 12th year as ‘president’ this year, despite having been elected to only a 4-year term in 2005.

“The easiest way to sum it up is that Congress had been looking at various behaviors from Palestine — unilateral attempts at statehood, corruption, incitement of violence, and paying salaries to people in jail for terrorism — and that’s why the hold has been there,” said Schanzer.

Granger released a statement Tuesday saying, “I am deeply disappointed that President Obama defied congressional oversight and released $221 million to the Palestinian territories.”

The Obama administration had for some time been pressing for the release of the money, which comes from the US Agency for International Development and is to be used to fund humanitarian aid in the West Bank and Gaza, to ‘support political and security reforms and to help prepare for good governance and the rule of law in a future Palestinian state’, according to the notification sent to Congress.

Obama’s unilateral attempt to send the money came as he closed his presidency with a critical eye toward Israel. In December, the UN Security Council passed a resolution demanding that Israel stop building settlements on Palestinian land. The US refused to vote on the resolution, effectively allowing it to pass.

Trump has repeatedly floated the idea of moving the US embassy in Israel to Jerusalem, which Abbas has urged against.