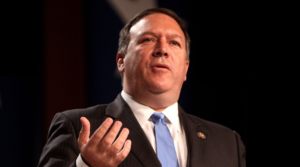 Russia Today also reported that al-Mahdi expressed concern about such a move and warned of its grave consequences.

In September, the Reuters news agency reported that Iran had moved missiles to Iraq.

Some of the officials added that Iran is helping its allies produce their own missiles as well.

Iran rejected the Reuters report, claiming it aimed to harm Iran’s ties with its neighbors.

“Such false and ridiculous news have no purpose other than affecting Iran’s foreign relations, especially with its neighbors,” Iranian Foreign Ministry spokesman Bahram Qassemi said, adding, “This news is solely aimed at creating fears in the countries of the region.”

Iraq’s Foreign Ministry said it was “astonished” over the Reuters report, saying it was “without evidence” while stopping short of denying its contents.

Iran has come under fire for its test-firing ballistic missiles in recent years. The United States has several times imposed sanctions on Iran over the tests, saying its missile tests violate UN resolutions.

Iranian President Hassan Rouhani has stressed that Iran will continue to produce missiles for its defense and does not consider that a violation of international agreements.