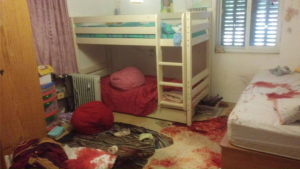 Doug Lamborn and David McKinley sent a letter to US Secretary of State Mike Pompeo, indicating in their letter that according to the department’s 2019 report, Palestinians committed 101 acts of violence against Israelis in the West Bank. “However, the number of incidents recorded by the IDF and the Shin Bet security agency for 2019 is between 1,300 and 1,400 incidents,” the two wrote. The story was first reported by KAN.

“The human rights reports play a central role in defending the rights of oppressed people around the world,” they added. “The United States must maintain integrity and accuracy when reporting on this important issue. Continuing to examine as many sources as possible to ensure the accuracy of these reports should be a top priority.”

They asked the Department of State to clarify how it decides which data is included and what is omitted. An additional question was: “has the department considered including information obtained from official Israeli government reports, such as Israeli police and IDF reports?

Lamborn told The Jerusalem Post that he was deeply concerned by the apparent underreporting of terrorist acts of violence committed by Palestinians against Israelis.

“The United States plays a crucial role in standing up for human rights around the world.

Mike Pompeo speaking to rally outside the US Capitol. – Photo: Wikimedia, Mark Taylor

This is especially critical in protecting the sovereignty of the only democracy in the Middle East and one of our closest allies, Israel,” he continued. “I look forward to Secretary Pompeo’s response and I appreciate his leadership at the State Department, under which our special friendship with Israel continues to grow ever stronger. I’m hopeful any bureaucratic malfeasance will be dealt with quickly.”

Only when these acts of barbarism are adequately publicized will the world understand the frequency of these brutal terrorist acts against Israelis and of the huge amounts of money the Palestinian gov’t pays these savages to motivate them.

Thankfully, President Trump spurred a movement that includes state leaders who ended all financial payments to the Palestinians, until they end their state policy of financing anyone who murders Jews.

Sadly, Joe Biden has vowed to restart the financing of Palestinian terrorist attacks against Jews.