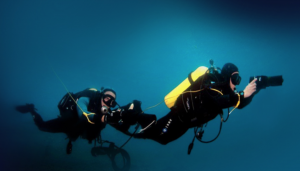 The Crystal Hall in Baku, which hosted the 2012  – Photo courtesy: Wikimedia Commons

Local website econbez.ru quoted Abramov as saying that “during the Eurovision song contest in Baku … Mossad divers neutralized at sea a group of terrorists who arrived from Iran to Azerbaijan.”

Abramov, who chairs Baku’s Parliamentary Committee on Israel-Azerbaijan Relations, was adamant the terrorist cell’s target was the Eurovision contest held in the capital.

Prime Minister Benjamin Netanyahu announced Tuesday that he will hold a state visit to Azerbaijan in the near future. The announcement received prominent headlines in the Azerbaijani media.