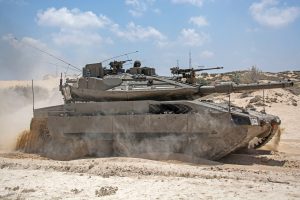 For the first time, the IDF has been invited to participate in the International Army Games against 27 other countries, including the Syrian Army.In the past three years, the Russians have been conducting an annual “military Olympics” in which various armies from the world compete in professional fields such as armor, paratroopers, military police, medicine, and more. The 2017 games will also include drone usage for the first time.

The upcoming games are scheduled to be held on August 22-27 in Bukovinka—a large open area near Moscow.

Last year, a contingent of Iranian paratroopers belonging to the Revolutionary Guards took part in the games.

The IDF is planning on participating in the military medicine and logistics events.

The London-based Al-Quds Al-Arabi newspaper reported on Tuesday that US generals and Russian military advisers were meeting on issues related to border security between Israel and Jordan and dealing with ISIS.

According to the newspaper, Israel is directly and actively involved in the arrangements that are being made in the region, and Jordan is operating a joint room with Russian and American partners to combat the infiltration of ISIS members into its territory. Israel’s direct involvement in such talks constitute a high level of cooperation in the security of the Syrian-Jodan-Israel border region.

The Russians, together with the United States, have initiated the establishment of a large demilitarized zone in southern Syria near the border with Jordan, and the Russians are not interested in sending troops to monitor the sector and have no interest in the Iranians or Hezbollah being there as well.

The coordination with Israel is vital, as far as they are concerned, to ensure the success of this mission.