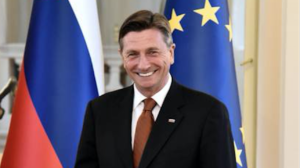 A statement from Pahor’s office carried by local media said the president “supports the diplomatic recognition of Palestine in circumstances where this recognition would help to regulate bilateral issues [between the Palestinians and] Israel, and not aggravate them.”

But that, “at this moment we have not witnessed such circumstances.”

Foreign Minister Karl Erjavec had said on Monday he hoped Slovenia would officially recognize a state of Palestine in March or April and that this would “strengthen Palestine’s negotiation in the Middle East peace process”.

“Everybody (other EU member states) backs such a Slovenian step that will happen if parliament green lights the proposal for recognizing the Palestinian state,” Erjavec told private channel POP TV.

Slovenia would be only the second of the EU’s 28 member states to recognise Palestine while a member of the EU. Sweden did so in 2014.

Abbas told EU diplomatic chief Federica Mogherini that the Palestinians were still committed to the stalled Middle East peace process and urged the bloc to take a more “political” role.