Vehicles and homes in Eilat sustained significant damage Sunday morning from heavy winds which battered the seaside resort. Three lightly injured patients checked into the Yoseftal Medical Center in the city for further treatment. One woman was hurt by a falling tree, while two children were struck by flying debris. 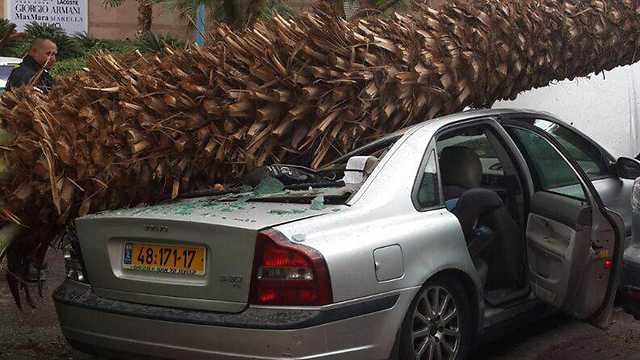 Traffic police closed off roadways blocked by fallen trees, while the local fire department worked diligently to clear the streets. Heavy traffic was noted on Route 90 near the city’s many resort hotels; visitors to Eilat vacationing in camping areas for the holiday weekend were forced to take down their tents.

The damage in Eilat: 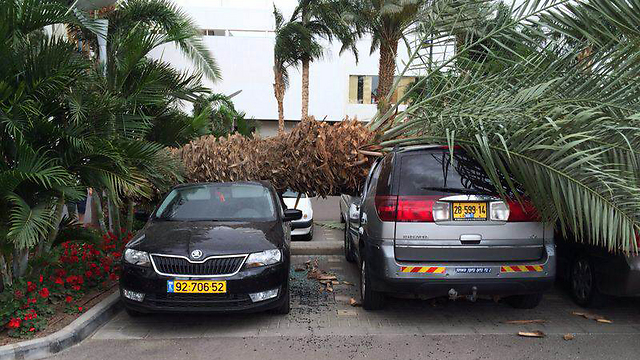 Police forces called on the public to stay away from areas damaged by fallen trees, urging citizens to remain close to buildings as a precaution against falling debris.

The ‘Isrotel’ hotel chain sustained the heaviest damage of the resorts, when palm trees fell on cars and into the pool at Sport Hotel. 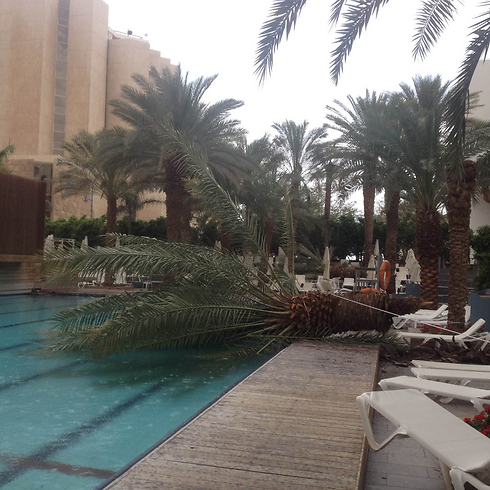 Nearby, a large wall of an amusement park collapsed. At the Royal Beach Hotel a glass wall shattered, and visitors to the Laguna hotel also discovered that the winds had wrecked their vehicles.

The manager of the country club at Sport Hotel, Nissim Ovadia, said, “I felt like I was in a tornado. I stood in the pool trying to figure out how to stop people from going in the pool and to prevent injuries.”
“I dodged a big garbage bin that flew above me and completely fell apart. I never saw anything like this in the 30 years that I’ve been in Eilat,” said Ovadia. 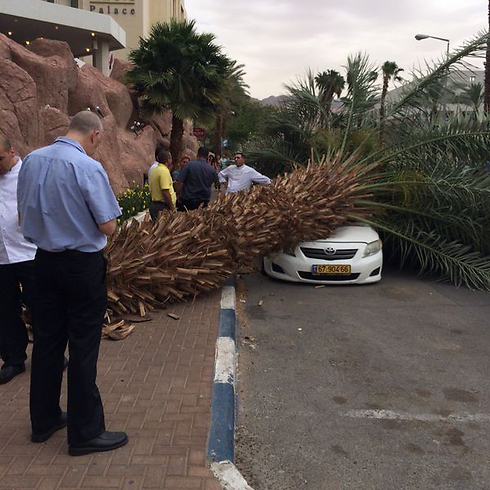 Because of the current weather and predictions of further windy conditions, police have forbidden any and all boats from setting sail on the Red Sea. A few boats were extracted earlier from the choppy sea by a maritime patrol unit.