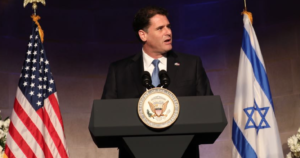 In a joint statement released in tandem with the ambassadors of the UAE and Bahrain, Dermer urged the president-elect to examine “the reality in the Middle East” before making any decisions about the Joint Comprehensive Plan of Action.

A more fruitful and positive direction for the administration, Dermer suggested, would be to continue to help broker deals between Israel and its Arab neighbors rather than a rapprochement with the Islamic Republic.

“Sit with your allies in the region. Talk to us in order to get to a common position on Iran,” Dermer said in the statement.

“Not only on the nuclear issue but also about the Iranian aggression in the region. It will put the U.S. in a much better position to deal with Iran.” 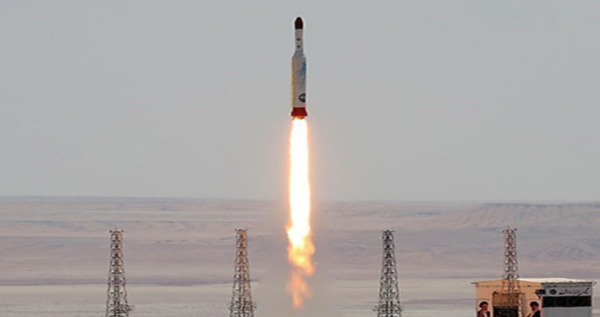 Iran continues launching rockets as the Obama/Biden administration refused to include Iranian ICBM research & test restrictions in the JCPOA. Continuing their R&D allowed a ‘delivery system’ to be ready when the Islamic Republic would be allowed to begin production of Nuclear warheads at the end of the JCPOA agreement. – Photo: Iranian press/Unattributed

In May 2018, the Trump administration announced the U.S. would be withdrawing from the deal, known formally as the Joint Comprehensive Plan of Action (JCPOA), claiming the agreement was “defective” and instead reinstated the “highest level of economic sanctions” against the regime.

Dermer is regarded as Prime Minister Benjamin Netanyahu’s closest adviser, and his remarks reflect his position on the matter, according to Hebrew-language online publication Walla. 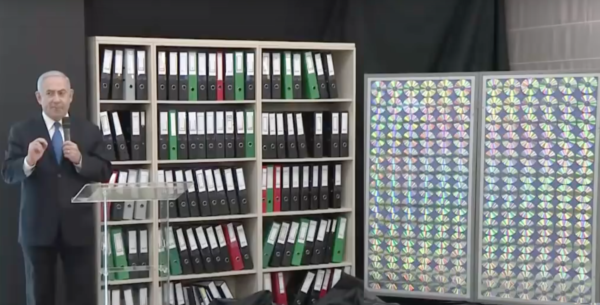 Meanwhile, Netanyahu spoke of his future work with the new administration in the United States during a press conference on Monday evening, saying that he is scheduled to speak to Biden soon.

For those unaware of the JCPOA agreement (Iran nuclear deal) here’s five reasons detailing exactly why it’s disastrous for Israel and the Middle East:

1) The “sunset clause” gives the regime the unequivocal right to develop as many nuclear weapons as it wants in just 5 years from now.

2) The agreement is impossible to verify; it relies on Iran being open and honest about the location of its nuclear sites and made “military sites” effectively out of bounds to inspectors.

3) It permitted Iran to proceed unfettered, with its development of advanced centrifuges and it’s ballistic missiles programme, thus expediting Iranian “break-out time” to produce a deliverable nuclear weapon across the world (its ballistic missiles can already reach Israel) at expiration of the deal in 5 years time.

4) It emboldened, paid for and facilitated the regime (via sanctions relief) to spread its violent hegemony across the middle east, both directly, through its Revolutionary Guard Corps and indirectly, thorough its proxies; Hamas, Hezbollah and the Houthis in Yemen.

5) The agreement allowed continued ICBM missile R&D and testing, allowing a ‘delivery system’ to be ready when the Islamic Republic would be allowed to begin production of Nuclear warheads at the end of the JCPOA timetable.