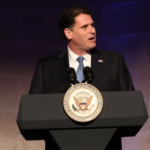 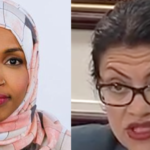 “Out of respect for the U.S. Congress and the great alliance between Israel and America, we would not deny entry to any member of Congress into Israel,” declared Ron Dermer, Israel’s Ambassador to the United States.

US Representatives Ilhan Omar (D-MN) and Rashida Tlaib (D-MI) will not be denied entry into Israel “out of respect for congress,” Israeli Ambassador to the US Ron Dermer told Haaretz on Friday.

“[Out] of respect for the U.S. Congress and the great alliance between Israel and America, we would not deny entry to any member of Congress into Israel,” Dermer told the Israeli daily. Continue Reading » 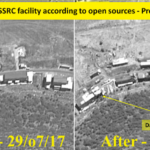 Sources told The Jerusalem Post that either President Donald Trump or Vice President Mike Pence will participate in the event on Capitol Hill, alongside Speaker of the House Paul Ryan, its host. Continue Reading »

WATCH: U.S. Ambassador to UN, Nikki Haley says ‘Days of Israel-bashing are over’ 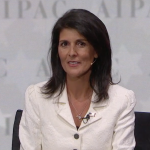 Full interview: Addressing the 2017 AIPAC conference, Amb. Nikki Haley said the December anti-Israel resolution passed at the UN Security Council was ‘not only embarrassing it was hurtful,’ vowing ‘it will never happen again.’

The US ambassador to the United Nations received a rapturous welcome Monday at Washington’s biggest pro-Israel forum, where she vowed never to allow “Israel-bashing” at the world body.

And she drew a clear line under the record of her predecessor, who in December abstained from a UN Security Council vote, thus allowing a resolution criticizing Israeli settlements to pass. Continue Reading » 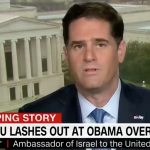 During a visit to IDF bases on Lebanon’s & Syrian borders, Netanyahu vows to oppose any potential nuclear deal between West and Iran.
• Israel’s envoy to the US, Ron Dermer, meets with 7 House Democrats regarding PM’s upcoming speech to Congress.

Amb. Dermer jots a few words to Obama in White House guest book: “I look forward to working with you and your administration to make the bonds between Israel and America stronger than ever.”

Dermer, a former top aide to Prime Minister Benjamin Netanyahu, is a 42-year-old Florida native who studied at the University of Pennsylvania and Oxford University before immigrating to Israel in 1997. Continue Reading »