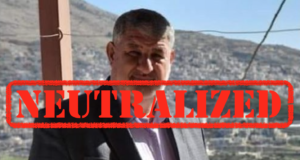 While initially his death was thought to have been the result of an Israeli airstrike in Syria over the weekend, a Syrian news agency reported that he was shot and killed by an Israeli sniper. Ain el-Tineh is a few hundred meters from the border.

According to Maj. (res.) Tal Beeri, head of the research department at the Alma Center, Salah, who lived in Jaramana near the capital of Damascus, might have been working for the group and was in the area in order to carry out an order.

“If it’s not an internal event, and he was indeed killed by Israel, then it’s likely that he was involved in an attack against Israel that was at an advanced stage,” Beeri told The Jerusalem Post. 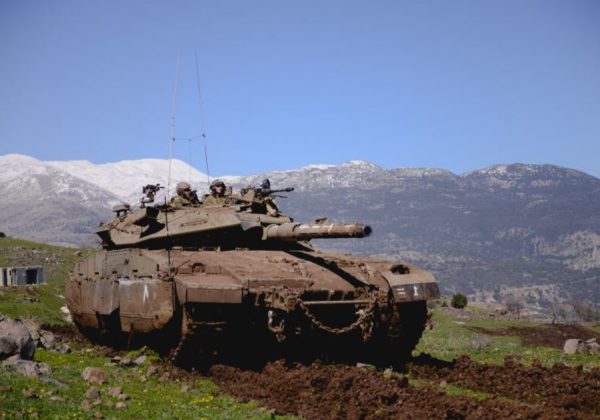 Salah lived in the Mas’ada village in the Golan before he was arrested for trying to kidnap an IDF soldier in 1985 and sentenced to 12 years in prison. He was released in 1998, crossed the border to Syria and was voted into the Syrian Parliament a few years later, where he dealt with Golan affairs and Syrian citizens living in the Golan, according to a report from Walla.

According to N12, Salah spent four years as the representative of the Golan in the Syrian Parliament and then became head of the office that keeps track of Syrian citizens who still live in the Golan.

Beeri told the Post that Salah was considered a Syrian intelligence activist who was involved in recruiting sources in Israel.

The alleged assassination comes several days after Israel was accused of carrying out airstrikes in Syria as part of the IDF’s war-between-wars campaign to prevent Iran and Hezbollah from entrenching themselves on the Golan Heights in order to open an additional front against the Jewish state.

Israel has in the past been accused of carrying out attacks against individuals who were involved in terrorist activity on the Golan Heights.

Last week, Israel was accused of hitting several Iranian positions near the T-4 airbase in Tadmor, Syria. There was another strike on the same airbase several days earlier.

Several pro-Iranian fighters were killed and at least six were wounded.

The IDF doesn’t comment on foreign reports, but the Israeli military has accused the Syrian Arab Army of cooperating with Hezbollah. In May, it dropped leaflets in southern Syria that warned them to “stop cooperating with the Syrian and Lebanese personnel of Hezbollah. Otherwise, you will have no peace of mind.”