Ariel University had been involved in a complicated legal struggle after a team it sent to Spain in 2009 advanced to become one of 21 finalists in a competition for designing an environmentally-friendly home, Israeli news website Ynet reported. Continue Reading »

Miriam Adelson, “We believe in university’s ability to serve as a center of excellence.”

Dr. Miriam and Sheldon Adelson have pledged $25 million to Ariel University — the biggest donation given to the school since its inception.

Some $5 million have been appropriated for the immediate development of the university’s School of Medicine and Health Sciences. The additional $20 million will be allotted as approvals are received for the development of future academic programs in medical science.

Why were students from Ariel University not invited to Obama’s speech?
White House video gives an ‘explanation’.

The spokesman in the video, Deputy National Security Adviser Ben Rhodes, says in it that the universities chosen to send students to the event were the ones that “partner” with the U.S. Embassy.

This explanation places responsibility for leaving out Ariel – while including all of Israel’s other universities – on the U.S. Continue Reading »

Despite classification as an official Israeli educational institution of higher learning, West Bank university students are not invited to attend US presidential event in Jerusalem.

US President Barack Obama has not landed in Israel yet, but he has already managed to upset certain Knesset members. The reason: The American Embassy invited student representatives from all universities to the president’s speech at Jerusalem’s International Convention Center, save those from the Ariel University.

Habayit Hayehudi already responded on Tuesday night, calling it discrimination and demanding clarifications from the embassy regarding the exclusion of students from this institution, which received official recognition as a university just two months ago. Continue Reading »

Alistair Burt, Britain’s minister for the Middle East, has condemned Israel‘s decision to officially recognize the Ariel University Center of Samaria as a full-fledged university, saying “We are deeply disappointed by the decision to upgrade Ariel’s university center. Ariel is beyond the Green Line in a settlement that is illegal according to international law.” 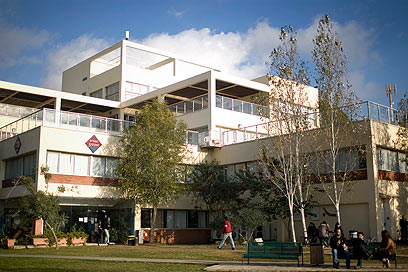 “This decision will deepen the presence of the settlements in the Palestinian territories and will create another obstacle to peace,” he said in a statement released Thursday. Continue Reading »