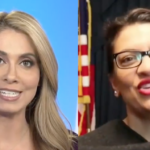 Geneva councilman calls for cancellation of Chanukah event in the city, saying it’s against Swiss law.

Swiss lawmaker Denis Menoud was excluded from the populist Geneva Citizens’ Movement (MCG) on Friday after commenting that Israel was “on the path of carbonization” following the signing of the interim nuclear deal with Iran, AFP reported.

His comments, written on his Facebook page on Tuesday, caused an uproar in the party, leading party president Roger Colay to condemn his words and demanding him to resign. Continue Reading »