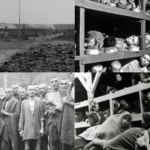 During a Twitter row with Republican Rep. Continue Reading »