Palestinian men take children into Israel for medical aid, leave them at border 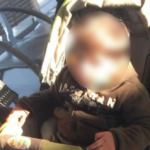 Israel alarmed by ‘unacceptable phenomenon’ where Palestinian parent remains in Israel illegally by using their children to enter Israel for medical treatment, then abandons them at Gaza border crossing.

A worrying phenomenon appears to have developed on the border with the Gaza Strip that sees parents of children taken to Israel for medical treatment abandon their offsprings in order to remain in the country as illegal residents.

According to the Coordinator of Government Activities in the Territories (COGAT), Israeli soldiers find abandoned Gazan children brought to Israel by their parents for medical treatment several times a months. Continue Reading » 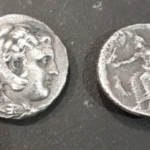 While inspecting a 40 yr-old Gazan entering Israel, 2 highly prized silver coins from the times of the final years of Alexander the Great’s conquests of our region, were confiscated.
– The apprehended smuggler from Gaza will now enjoy 24hr heating, 3 healthy meals served daily and a warm bed to sleep in each night for his 2 coins, until legal proceeding are complete, and he’s returned home.

Two ancient coins, originating from 325-323 BC, were discovered this week when a Palestinian man attempted to smuggle them into Israel from the Gaza Strip through the Erez Border Crossing. Continue Reading » 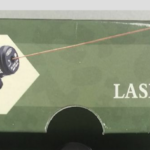 Israel seize countless of packages going through its Erez Border Crossing into Gaza containing ‘dual-usage’ items such as drones, two-way radios and night-vision goggles & weapon laser sights that would be used for terrorism, in packages shipped via online shopping sites such as Ali Express and eBay.

The Ministry of Defense’s Border Crossings Authority and the Gaza District Coordination and Liaison (DCL) seized at the Erez Border Crossing hundreds of packages from online shopping sites such as Ali Express containing products that may be used for terrorism. The packages are suspected of having being intended to be delivered to the strip’s terrorist organizations. Continue Reading »