The remaining Christians in Bethlehem cry for help under Palestinian rule 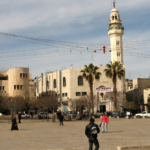 Watch the plea from one of the remaining Christian suffering under Palestinian rule, where Bethlehem has lost 65% of its Christian population since Israel surrendered control to the Arabs, dictated by the Oslo Accords.

Traditionally, the eyes of the Christian world are focused on the birthplace of Jesus Christ at Christmas. There, in Bethlehem, the Messiah was born in a manger. And there, in Bethlehem, locals have been celebrating this event for millennia. But what is often not reported is that fewer and fewer Christians are taking part in the celebrations with each passing year.

It is well known that Christianity is the most persecuted religion in the world. Continue Reading » 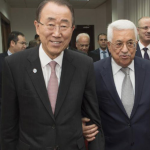 UN Sec. Gen. Ban Ki-moon rejects PM Netanyahu’s claim that Abbas is seeking ‘ethnic cleansing,’ saying that it is in fact the settlements that are the major obstacle to peace.

Netanyahu’s words to mean that anyone who opposes expanding the settlements supports the ethnic cleansing of Israelis, Ban stated that his response to Abbas was “unacceptable and outrageous,”.

Palestinian President Mahmoud Abbas addressed on Sunday night Israeli Prime Minister Benjamin’s Netanyahu’s online video that claimed that opposing the presence of Jews in the West Bank is support of ethnic cleansing. Abbas said, “The government of Israel is carrying out ethnic cleansing and deliberately killing—acts that have exposed it to international criticism all over the world.”

The president criticized Israeli policy, “We are not isolated, like the Israeli government is trying to present us.

Richard Falk, the UN’s so called “human rights expert”, is again accusing Israel of a campaign of ethnic cleansing & apartheid practices against Arabs.

Days before he is to step down from his position, Richard Falk, the UN’s “human rights expert” who probes Israel’s conduct towards Palestinian Arabs, on Friday accused the Jewish state of a campaign of ethnic cleansing and apartheid policies. MK Shimon Ohayon says Arab leaders must own up to their countries role in its ethnic cleansing of their Jewish population from Middle East and North African countries.

On the United Nations World Refugee Day, MK Shimon Ohayon (Likud Beytenu) called on the Arab League to “own up to its role in the ethnic cleansing of the Jewish population from most of the Middle East and North Africa.” 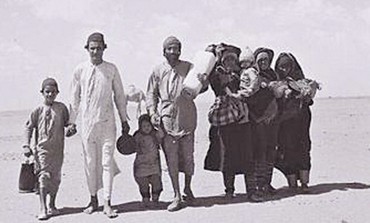 “The Jews of Arab countries, starting in 1947, were used as weapons by the Arab League against the establishment of the Jewish State,” MK Ohayon said in a statement, adding a targeted accusation at the Arab League who “drafted laws for its member states to withdraw civil and human rights from its Jewish inhabitants.”