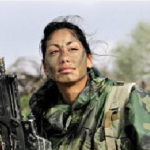 Father Gabriel Nadaf, the spiritual leader of the Israeli Christian Recruitment Forum writes in his congratulatory letter, “The incorporation of [Christians] is the key to partnership between segments of Israeli society, co-existence and showing Israel’s beautiful side to the world.”

Father Gabriel Nadaf, a Greek Orthodox priest and one of the leaders of the Christian Aramean community in Israel, congratulated Prime Minister Benjamin Netanyahu on his election victory over the weekend.

Father Gabriel Nadaf: I’m sure new government “will work to incorporate the Christian community in society and the state” – Photo: Contact

Nadaf, the spiritual leader of the Israeli Christian Recruitment Forum, which works to encourage young Christians to serve in the military, wrote in a letter to Netanyahu that he was sure the new government would “work to incorporate the Christian community in society and the state.”