Civil war between the Global Jihad & Hezbollah has erupted in Lebanon

Defense Minister Moshe Ya’alon said Thursday that a “civil war” has erupted in Lebanon between Hezbollah and Global Jihad elements that have attempted to drag Israel into the conflict. 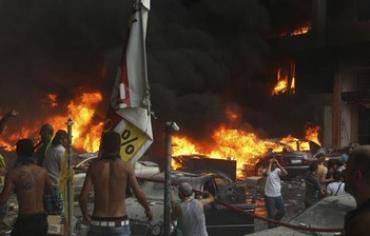 “To those who are not yet aware, there is already a civil war in Lebanon. Global Jihad, which has infiltrated Lebanon and is attacking Hezbollah, is blowing up car bombs in Dahia and is firing rockets at Dahia and the Beka’a Valley,” he said, referencing recent attacks on Hezbollah strongholds.