President Barack Obama commuted the prison sentences of 330 federal inmates, particularly drug offenders, on Thursday, making his quest to reduce what he viewed as overly harsh punishments one of his final acts in office. He also called German Chancellor Angela Merkel, with whom he has had a warm relationship over their years. Continue Reading » 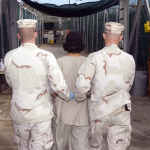