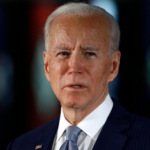 Survey: Over 50% of Poland’s teens search anti-Semitic &/or pro-Hitler websites

The University Center for Research on Prejudice conducted a survey also found that 14% of the survey participant confirmed that racist hate-speech was common in Poland.

The results of the survey were presented to the Polish parliament earlier this month, reviving attention to hate speech legislation and sparking concern among members of the small remaining Polish Jewish community.

‘Now I understand Hitler and his hate for the Jews…’: Over 17,500 Anti-Semitic Tweets after Israeli Victory over Spain’s ‘Real Madrid’

Jewish groups in the Catalonia region filed a legal complaint over the messages, which flooded the Twitter network after Maccabi’s 98-86 overtime win.

Angry Spanish supporters of Real Madrid created an expletive anti-Semitic hashtag in their messages after the match, which briefly became one of the most popular keywords on Twitter in Spain. Continue Reading »

A Turkish shampoo commercial featuring footage showing Adolf Hitler giving a speech was taken off the air on Wednesday, following protests by the local Jewish community.

The 13-second television spot for Biomen shampoo shows black-and-white archival footage of the Nazi leader at a political rally. Dubbed in Turkish, he shouts that men should not use women’s shampoo.

“Using Hitler, whose brutal ideology caused the deaths of millions of people, in a commercial in order to be different or create awareness (of a product) is unacceptable,” a statement posted on Istanbul’s chief rabbinate’s website said on Monday. Continue Reading »