Jordanians protest peace with Israel across the country

All across Jordan, streets flooded with locals demonstrating their opposition to the increased violence by Israeli security forces in Jerusalem. Head of Muslim Brotherhood: ‘Why keep embassy of Jews? Demolish it with them inside.’

Several thousand protesters took to the streets of Jordanian cities on Friday, calling on the government to scrap its peace deal with Israel following escalating violence at the al-Aqsa mosque in Jerusalem. 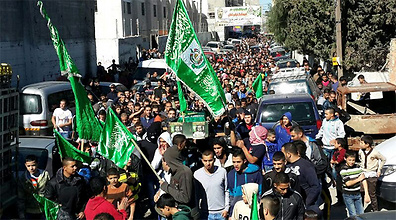 “Death to Israel,” crowds chanted in several cities, with activists demanding that Israel’s embassy in Amman be closed.

“Why are you keeping the embassy of the Jews? Continue Reading »