Historic First Visit to Israel by a Singapore Prime Minister 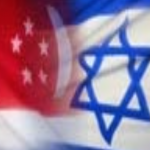 In a positive sign of Israel’s expansion with new Asian alliances, Singapore’s Prime Minister, along with his wife, will be arriving in Jerusalem for an historic first visit.

In recent years as Europe grows more hostile Israel has increasingly been turning to the East, building alliances with Japan, China, India, Taiwan and South Korea – an historically groundbreaking visit on Monday reveals that Singapore is the latest key Asian ally of the Jewish State. Singapore’s Prime Minister Lee Hsien Loong is to arrive on Monday in a four-day official visit to represent his southeast Asian technological powerhouse city-state, which has increasingly been doing business with Israel. Continue Reading »