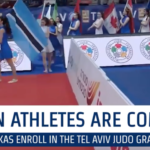 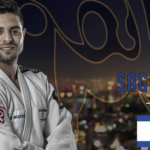 This was Israel’s judoka, Sagi Muki’s first world title after having won two gold medals at the European Championships in 2015 and in 2018.
– Egyptian competitor refuses to shake his hand after their quarter-final match.
– “Congratulations on your gold medal and thank you for the pride you bring us all as Israelis,” Tweets Israel’s President Rivlin.

TOKYO – Israeli judoka Sagi Muki, who competes in the under 81kg weight category, bested his Belgian opponent Matthias Casse in the final to win the gold medal at the Judo World Championship on Wednesday.

Muki got a fifth Ippon in six fights with a minute and 21 seconds left to end the match, and burst into tears as the referee declared him the winner. Continue Reading »