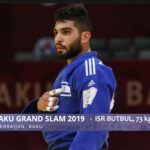 The fact that Israel is an international judo power is already known to all. On Saturday, Israeli judokas continued to show superiority over the judo mat when they won three medals at the Grand Slam Championship in Baku, Azerbaijan.

The first one on the podium was Gefen Primo, who won the bronze medal. Continue Reading » 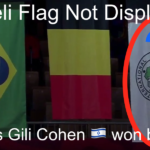