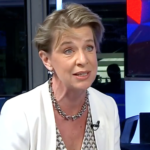 In the heated debate alongside former Israeli ambassador to France Daniel Shek, Hopkins stood by the claim, as explored in her new documentary ‘Homelands’, that it is the Muslims who are “forcing the Jews out of western Europe,” as well as “her own population.” Continue Reading »