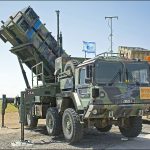 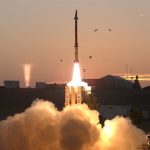 PM Netanyahu on the integration of the “David’s Sling” system: “We have pioneering technology here. Israel continues to lead in this field”. pic.twitter.com/91sUxf3lEh

“We have an obligation to ensure Israel’s security,” Netanyahu said. “This obligation means we must work systematically to strengthen Israel’s abilities to attack its enemies. Continue Reading »

The IDF is gearing for a critical test of the Magic Wand system, which has been designed to intercepted short-to-medium range missiles in the backdrop of the Iron Dome‘s success during Operation Pillar of Defense, The Boston Globe reported Saturday. Israel has yet to confirm or deny the report. 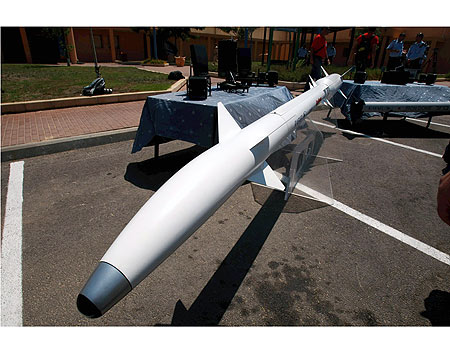 According to the newspaper, the test is set to take place in the Negev in the coming days. Magic Wand, also known as David’s Sling, is being developed by Israeli and American engineers at Rafael and Raytheon Co. Continue Reading »