The Israeli Antiquities Authority says revelers at a Burning Man festival famous for its pyrotechnic spectacles have accidentally torched some prehistoric remnants.

Archaeologist Yoram Haimi says organizers of Midburn, an Israeli affiliate of the Nevada carnival, burned a wooden temple Saturday on a hilltop scattered with flint tools from the Paleolithic, Neolithic and Chalcolithic periods. Continue Reading »

Court rules entry of vehicles for disabled people can be allowed, that nakedness be allowed in areas not accessible to minors, glass bottles not be allowed, and that CCTV cameras do not have to be in private areas.

After several days in which police refused to give a permit to hold Midburn, Israel’s version of the “Burning Man” festival, a Beersheba Court ruled that police must approve a permit, and required that organizers adhere to some of the police demands. 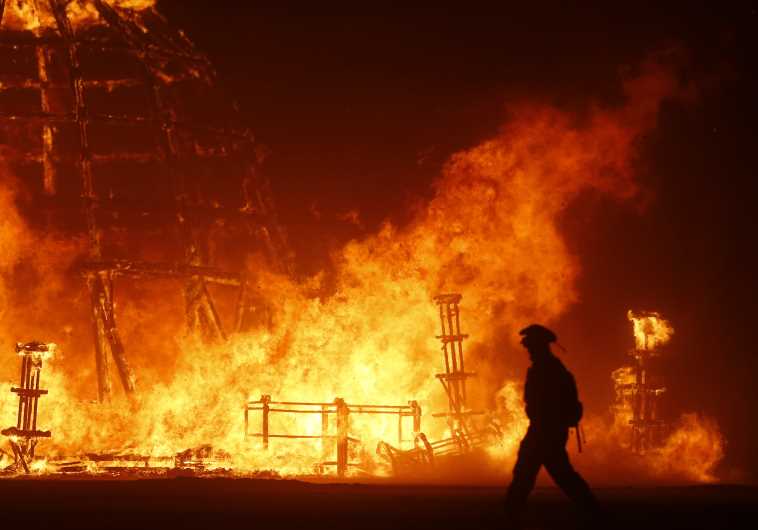 The Temple of Grace burns on the last day of the Burning Man 2014 “Caravansary” arts and music festival in the Black Rock Desert of Nevada. Continue Reading »