Tag Archive for Pillar of Defense

Hamas weakened due to regional circumstances with loss of capacity in terror organization.

Since the conclusion of Operation Pillar of Defense, aimed at restoring calm to the residents of southern Israel, 67 rockets and mortal shells were fired from the Gaza Strip into Israel, and additional five rockets were fired from Sinai into Eilat. These figures compare to 641 launches aimed at Israel in the previous year. 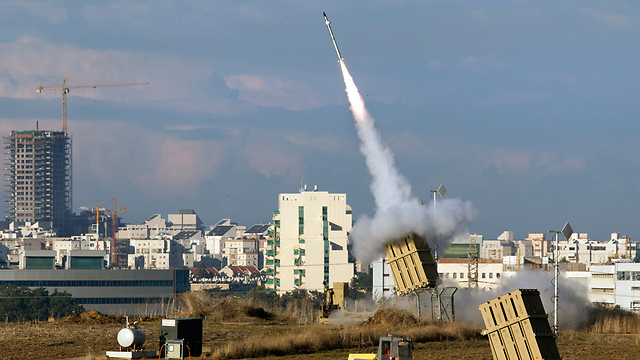 As the data are released, this year was “crowned” as the quietest one in the southern region since the outbreak of the Second Intifada in the fall of 2000. Continue Reading »

Terrorist blows up a bus in central Tel Aviv.

A terrorist blew blown up a Dan local bus on Shaul HaMelech street in central Tel Aviv aroun noon. Three people were seriously wounded. No one was killed.

Seventeen people have been evacuated to Icholov Hospital, most of them with lesser injuries. Others are being treated for emotional shock.

Eyewitnesses said that that the terrorist boarded the bus, placed a suspicious package there and then fled. Police said they have caught a suspect, who denies any connection with the attack.. Continue Reading »

U.S. Secretary of State: Our Commitment to Israel is Rock Solid

PM Netanyahu welcomed Sec. Clinton to Jerusalem & commented how Israel was fighting against terrorists who fire rockets against innocent civilians.

U.S. Secretary of State Hillary Clinton arrived in Israel on Tuesday night for meetings with officials, in an attempt to achieve a ceasefire in the fighting between Israel and Gaza.

Clinton and Prime Minister Binyamin Netanyahu made statements to the press shortly before they met one on one.

Netanyahu welcomed Clinton to Jerusalem and noted that Israel was fighting against terrorists who fire barrages of rockets against innocent civilians.

“President Obama asked me to come to Israel with a very clear message. Continue Reading »