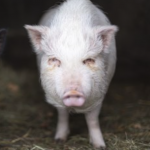 In the video, Magen David Adom (MDA) medics can be seen performing resuscitation on the terrorist. In the interim, the resident succeeds in getting close to the body and placing the piece of meat upon it, sarcastically telling the terrorist to “enjoy” it. Continue Reading »