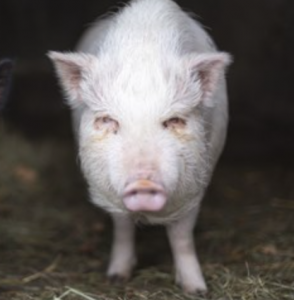 In the video, Magen David Adom (MDA) medics can be seen performing resuscitation on the terrorist. In the interim, the resident succeeds in getting close to the body and placing the piece of meat upon it, sarcastically telling the terrorist to “enjoy” it.

No virgins for you…In the video, first aid (MDA) medics can be seen performing resuscitation on the Arab terrorist. In the interim, a Jewish resident succeeds in getting close to the terrorist’s body placing a piece of pork upon it, sarcastically telling the terrorist to “enjoy” it.

While both Jews and Muslims are forbidden from eating pig meat, Muslims consider it unclean to even touch, and “martyrs” who die touching it are said not to go to heaven.

Attorney Itamar Ben-Gvir praised the controversial move Saturday night, calling it “the idea of the year.”

“The man deserves a medal,” he said, Walla! News reports. “If this causes the attacks the stop, there is no doubt that this is the idea of the year. It’s time to stop with prudery and appeasement and understand we are in the midst of a war for survival.”

Even the acting mayor of Kiryat Arba, Yisrael Bramson, backed the radical act.

“I was there when it happened,” he said. “I think this is a very basic and legitimate response.”

“I do not condemn what happened,” he added. “They do not need to get their bodies back, you have to throw them into the sea at best.”

“The terrorist came to slaughter the Jews and we had to treat him like he meant to treat us.”