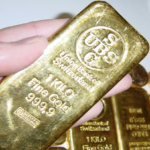 The Swiss night watchman who ignited a furor over Holocaust victims’ missing wealth two decades ago is now reliving the ordeal that involved his dream of becoming a hero after the example of Oskar Schindler turned into a nightmare. Continue Reading »

Shoah fund ‘paid out $1.24B’ to Holocaust survivors

Holocaust survivors and victims’ heirs have received $1.24 billion from a Swiss fund set up after a scandal over dormant accounts of Jews killed in World War II, a magazine said Monday.

Some 457,000 Holocaust survivors and heirs have received money from fund (illustration) – Photo: AP

The Swiss-Jewish weekly Tachles said the figure was contained in a report by New York judge Edward Korman, who oversees the management of the fund

Korman’s report summed up operations since a landmark 1998 deal between the World Jewish Congress and Swiss banks. Continue Reading »