Tag Archive for Theresa May 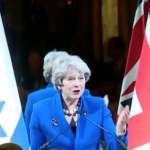 Prime Minister Benjamin Netanyahu met with British Prime Minister Theresa May for the first time in London on Monday, and the two leaders discussed three central topics: Iranian aggression, the Palestinian issue and the economy. 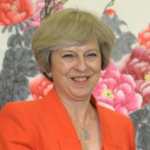 WATCH: During a session in the House of Commons Wednesday, the British PM denounced the ‘discriminatory’ prohibition against the entry of Jewish Israelis by 16 Muslim countries, that has been ongoing for decades.

Donald Trump’s controversial ban on the entry to the US of citizens of seven Muslim countries has also drawn attention to a less known prohibition instituted by 16 Muslim countries against the entry of Israeli citizens into their territory. The issue reached the British parliament on Wednesday, where British Prime Minister Theresa May denounced the discrimination against Israelis and called on Opposition Leader Jeremy Corbyn to join her in denouncing the discrimination. Continue Reading »