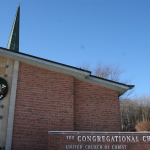 Ignoring the fact that Israel does not torture arrested children, nonetheless the United Church of Christ passes a resolution against Israel claiming it does torture Arab children, and calling for end of US military assistance, but ignores the fact that ‘the children’ are extremely dangerous, having perpetrated some of the most violent, deadly crimes in Israel.
– WATCH Israel Police video of 13, 15yr-old Palestinians on a stabbing spree.

The United Church of Christ overwhelmingly approved a resolution condemning Israel for its treatment of Palestinian Arab children living in Judea, Samaria, eastern Jerusalem and Gaza.

The vote Sunday night by delegates at the 31st General Synod of the United Church of Christ in Baltimore, Maryland, was 79 percent in favor, 13 percent against and 9 percent abstaining, according to a statement issued by the UCC. Continue Reading »