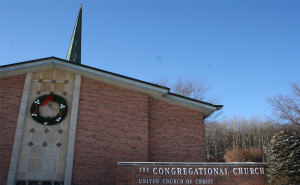 Ignoring the fact that Israel does not torture arrested children, nonetheless the United Church of Christ passes a resolution against Israel claiming it does torture Arab children, and calling for end of US military assistance, but ignores the fact that ‘the children’ are extremely dangerous, having perpetrated some of the most violent, deadly crimes in Israel.
– WATCH Israel Police video of 13, 15yr-old Palestinians on a stabbing spree.

The United Church of Christ overwhelmingly approved a resolution condemning Israel for its treatment of Palestinian Arab children living in Judea, Samaria, eastern Jerusalem and Gaza.

The vote Sunday night by delegates at the 31st General Synod of the United Church of Christ in Baltimore, Maryland, was 79 percent in favor, 13 percent against and 9 percent abstaining, according to a statement issued by the UCC.

The resolution calls on Israel to “exercise an absolute prohibition against torture and ill-treatment of detained children.”

It also calls on the United States to withhold military assistance from Israel over what the church says are violations of human rights in its treatment of Palestinian Arab children. The resolution says the churches and members must learn about the plight of children in the Palestinian Authority and the State of Israel.

It comes two years after the church voted to divest from companies that profit from Israel’s control of Judea and Samaria.

The UCC Palestine/Israel Network, which drafted the resolution, worked with many allies and interfaith partners, the church said in a statement. The resolution gained co-sponsorship from 15 UCC congregations, endorsements from over two dozen ecumenical and interfaith allies, and expressions of support and gratitude from U.S. and Arab partners.

“The United Church of Christ stands with many ecumenical, interfaith and international partners in adopting this resolution. The UCC joins other religious and secular organizations already seeking the remedies listed and/or currently deliberating actions toward justice for Palestinian children subjected to the abuses named” in the resolution, the statement said.

13 and 15 yr-olds go on an inspired stabbing spree, stabbing a 13 yr-old Jewish child on his bicycle and then pedestrians, before one is neutralized by police, the other taken into custody.

Among the abuses names against Arab children being held in Israeli prisons tried in Israeli military courts are strip-searches, hand-ties, blind folds, physical violence, verbal abuse, intimidation, solitary confinement and being interrogated without their lawyer or a parent present.

The United Church of Christ says on its website that it has over 5,000 churches and nearly 1 million members across the United States.