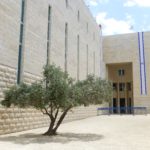 However, it turns out that only recently has UNTSO issued a tender for the demolition and reconstruction of one of the buildings built during the British Mandate in the Armon Hanatziv compound – in violation of the law and without a building permit from the Jerusalem Municipality. Continue Reading »