All totaled, 86 Syrians have been treated in this Western Galilee hospital.

Against the backdrop of recent talks of diplomatic solutions to the Syrian crisis, the bloodshed persists, prompting many injured Syrians to cross the border and arrive at Israeli hospitals. 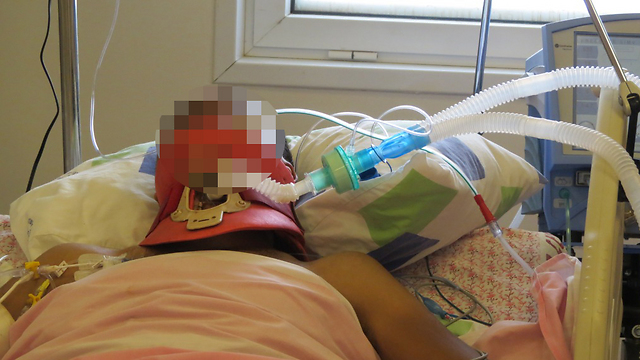 On Thursday, some 14 Syrians were still admitted to various wings in the Western Galilee Medical Center in Nahariya. Some of them told Ynet they were still hoping US President Obama would launch a military strike on Syria and topple Syrian President Bashar Assad. Continue Reading »

Abdul Razek, an 8-yr-old boy from Ethiopia was almost eaten to death by a wild hyena.
Israel joins efforts to save boy’s life, by bringindg him to Nahariya

Israeli officials joined efforts to save the life of Abdul Razek, an 8-year-old Muslim from Ethiopia who was almost eaten to death by a wild hyena.

The humanitarian operation involves Bedouin-Israeli diplomat Ismail Khaldi, Israeli Ambassador to Ethiopia Belaynesh Zevadia and the government-owned Western Galilee Hospital in Nahariya. If enough contributions are raised to fund the operation, Razek would be brought to Israel within the week. Continue Reading »