World Bank: Unemployment rate in Gaza is among highest in the world

The World Bank’s report said that to rebuild Gaza’s economy, “a unified Palestinian gov’t in both the West Bank & Gaza” was required.

The Gaza Strip has the world’s highest unemployment and Palestinians, Israelis and donors must take action to avoid a “dangerous fiscal crisis,” the World Bank said Friday.

The report, prepared ahead of the bi-annual meeting of the Ad Hoc Liaison Committee (AHLC) which coordinates international donor support for the Palestinians, comes nearly a year after the 50-day conflict between Gaza militants and Israel, in which around 2,200 Palestinians were killed. Continue Reading »

Not giving all of the West Bank to the Palestinians, restricts their economy by $3.4 billion annually, reports the World Bank.

The Palestinian GDP in the West Bank could increase by at least 35%, $3.4 billion annually, if Israel lifted its restrictions on Palestinian access and movement in Area C, the World Bank said in a report it issued Tuesday morning. 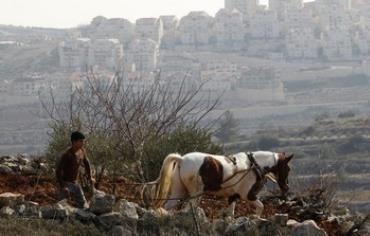 A Palestinian farmer in the West Bank ploughs his land. – Photo: REUTERS/Baz Ratner

Hamas is to receive world aid once again, this time $6.4 million, after escalating missile attacks on Israel.

Additionally, the Islamic Development Bank is contributing $11.1 million to Hamas as well.

The World Bank has come to the rescue of Hamas, giving it $6.4 million to improve water and sewage services after the latest escalation in attacks on Israel that drew Israel into the eight-day Pillar of Defense counterterrorist campaign.

The Islamic Development Bank is contributing an additional $11.1 million, but there has been no report of safeguard measures to ensure that some of the money will not be used for more weapons for future attacks on Israel. Continue Reading »

Regarding the Israeli economy, Fischer stated “we recovered from the global economic crisis very swiftly & we have grown at a rate of close to 5% in the past few years.”

At a press conference in Tokyo on Thursday for the annual World Bank-IMF meeting, Israeli central bank head Stanley Fischer said that security threats, including the possibility of a conflict with Iran, have a small effect on Israel’s economy, which he called “good but not in excellent shape.”

“I’m frequently asked about the influence of the security situation on the economy including the tension with Iran,” Fischer said. Continue Reading »