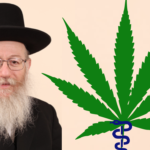 In a surprised move on Thursday, Deputy Health Minister Yaakov Litzman decides to remove cannabis from the Dangerous Drugs Ordinance, making it available at local pharmacies for those holding a proper medical prescription.

Deputy Health Minister Yaakov Litzman decided to remove cannabis from the Dangerous Drugs Ordinance, enabling those with medical prescriptions to obtain cannabis at any Israeli pharmacy, according to a statement by Israel’s Health Ministry on Thursday.

“The Dangerous Drugs Ordinance will be changed and medical cannabis will be prescribed for certain medical conditions without requiring a license and approval from the Health Ministry, like any other medication,” the Health Ministry wrote in a statement. Continue Reading »

Although the gov’t has partially paid, Israel’s Health Minister has ordered hospitals to stop treating Syrian refugees [if not life-threatening] starting next week, if Jerusalem doesn’t allocate funds to allay the financial burden.

Hospitals are warning that they will cease to admit wounded Syrian refugees for treatment starting next week, if the government does not help to provide assistance to allay the financial costs involved.

Director of the Government’s Medical Centers Division Dr. Orly Weinstein said in a letter sent Sunday to PMO Deputy Director Ehud Prawer that “as we know, public medical centers up north have been admitting Syrian refugees transferred by the defense establishment for the past four years now. Continue Reading »

Medical cannabis to be dispensed in Israeli pharmacies ‘soon’

After the approval by ministry’s professional medical board, Health Minister Litzman’s initiative to legally dispense medical cannabis at local pharmacies will be implemented.

Health Minister Yaakov Litzman’s plan to make it easier for Israelis to obtain medical marijuana is set to be enacted in the coming days, Army Radio reported on Thursday.

According to Army Radio, Litzman’s plan to sell medical cannabis in pharmacies, as well as an expansion of the conditions for which it could be prescribed by doctors, has received initial Health Ministry approval.

Although Litzman is Health Minister, such plans must be approved by a professional medical board, and such approval was received this week, the report said. Continue Reading »