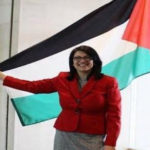 No where else in the world, can one see such a display of honor throughout an entire country, as cars stop on the highways and pedestrians freeze in place to solemnly reflect on the 6 million murdered Jews.

In Israel, Holocaust Remembrance Day begins quietly every year, on the eve of the Jewish calendar day of 27th of Nisan, a date which usually falls sometime in late April or early May.

On Monday morning at 10 A.M., as schools and many places of work gathered at special assemblies, a two-minute siren wailed across the country – bringing Israel to a literal halt.