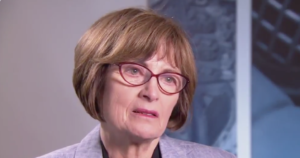 “Under Jeremy Corbyn’s leadership, anti-Semitism has become mainstream in the Labour Party. Jewish members have been bullied, abused and driven out,” Ellman wrote in a resignation letter she posted on Twitter.

I have made the truly agonising decision to leave the Labour Party after 55 years. I can no longer advocate voting Labour when it risks Corbyn becoming PM. I will continue to serve the people of Liverpool Riverside as I have had the honour to do since 1997. pic.twitter.com/3BTzUacZvo

“The Labour Party is no longer a safe place for Jews and Jeremy Corbyn must bear the responsibility for this,” said the MP, who represents a constituency in Liverpool.

“I can no longer advocate voting Labour when it risks (Jeremy) Corbyn becoming PM,” Ellman said.

“I will continue to serve the people of Liverpool Riverside as I have had the honour to do since 1997.”

“I will not join any other party,” she added.

Corbyn, a veteran campaigner for Palestinian rights and critic of the Israeli government, has long been dogged by charges he has allowed a culture of anti-Semitism to thrive in Britain’s main opposition party – something he denies.

Ellman’s departure follows an attempt by her local party branch to debate her deselection on the night of Yom Kippur, the holiest day of the Jewish calendar. Another Jewish Labour MP for Liverpool, Luciana Berger, left the party earlier this year over anti-Semitism.

Earlier this year, a BBC program reported that Corbyn’s office had interfered in the independent party discipline processes aimed at rooting out anti-Semitism, a charge rejected by the party.

Labour is also facing an investigation by Britain’s Equaity and Human Rights Commission over claims of anti-Semitism, which party officials warn could lead to its bankruptcy.