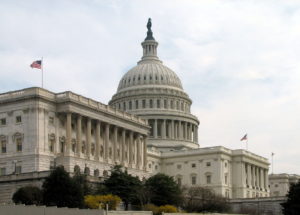 US Senate Foreign Relations Committee passes Taylor Force Act, in a 17-4 vote, which would cut off financial aid to the PA until it ends its policy of distributing over $300 million annually to terrorists and their families by way of generous monthly stipends.

The Senate Foreign Relations Committee on Thursday passed the Taylor Force Act, which would cut U.S. funding to the Palestinian Authority (PA) until it stops payments to terrorists and their families.

The bill passed the committee by a 17 to 4 vote, reported The Washington Free Beacon. It was supported by all of the Republican members of the committee and six of the Democrats.

The bill would cut off U.S. aid to the PA until it ends its policy which distributes $300 million to terrorists and their families annually.

The bill is named after Taylor Force, a former United States Army officer who was murdered in a stabbing attack in 2016, while walking along the Jaffa boardwalk.

Earlier this week, the Foreign Relations Committee modified the legislation, adding provisions that would make it significantly harder for the PA to continue receiving its annual $300 million from the United States in aid money while it continues to pay terrorists and their families.

A recent report found that more then half of the PA’s yearly budget goes to terrorists, and Brig. Gen. (Res.) Yossi Kuperwasser told the Knesset that the PA has dedicated more then $1 billion for such purposes in the last four years alone.

The issue of the PA paying terrorists’ salaries was brought to the forefront in recent weeks.

During a recent meeting between President Donald Trump and Abbas in Washington, the president brought up the issue of the PA’s paying salaries to terrorists and their families.

Later, leading Republican senators wrote a letter to Trump, urging him to demand that Abbas end his practice of paying terrorists and their families for attacks committed against Israel.

Secretary of State Rex Tillerson recently claimed that the PA had stopped its policy of paying terrorists following pressure from the Trump administration, but a senior Israeli official later said there was no evidence the PA had taken any steps to change its policy.