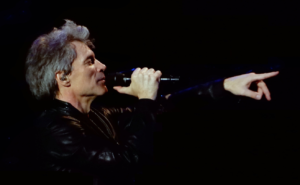 It will cost some $2.4 million to bring the group to Israel, according to the Channel 12 TV entertainment show “Good Night with Guy Pines.”

The performance will mark the second time that Bon Jovi has performed in Israel in recent years. The band also played in Israel in the summer of 2015 at the same Tel Aviv venue.

Bon Jovi – Interview before the 2015 concert in Israel

Waters, the former frontman for Pink Floyd, has headed many of the efforts to encourage musicians to cancel their shows in Israel.

Some of the artists have caved in to the pressure and cancelled their shows. Recent examples include New Zealand pop star Lorde and American singer and songwriter Lana Del Rey. Del Rey was pressured, among other, by Waters, who decried Israel as an “apartheid state”, and said a visit to Israel is inherently “a political act”.

Waters’ efforts to have artists boycott Israel have not always been successful, however. Australian rocker Nick Cave, for example, resisted boycott calls and went ahead with his Israel show. Cave even criticized the BDS movement.

In addition to Cave, Radiohead played in Tel Aviv this past July, defying boycott calls. Popular rhythm and blues artist Alicia Keys and pop duo Pet Shop Boys are among the artists who have also performed in Israel in recent years, amid calls to cancel their show.

More recently, Colombian born pop star Shakira went ahead with her Israel show and brushed off warnings that performing in Israel could make her the target of anti-Israel BDS activists.