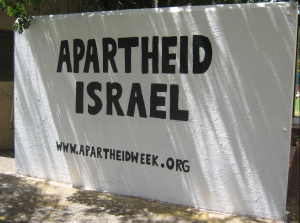 “No other country, which suffers under permanent terror, is reported on in Germany in the cynical, ice-cold and heartless manner like Israel is,” wrote Julian Reichelt. His commentary was at one point the second most read article on the popular website.

The title of his column reads: “Middle East coverage in the German media: Perpetrators turned into victims.”

Reichelt wrote that “Metal detectors at the entry to the Temple Mount are described as injuring religious feelings. And the German media briskly spreads this fairy tale from an Israeli attack on religious freedom.”

He lambasted the German press for “routinely interchanging perpetrator and victim.” Reichelt cited the example of the German public news show Tagesschau’s rationale for terrorism against Israeli Jews.

“The Taggeschau permitted the father of a young Palestinian, who slaughtered a Jewish family, to justify his son because the ‘honor of Muslims’ is endangered.”

His media criticism took headline writers to task. “When terrorists attack soldiers, it reads: ‘Two Palestinians killed by Israeli military action.’ That is as if one would write about the terrorist from Nice: ‘Truck driver shot by police.’”

Reichelt noted that “Israel is on the front line in the battle against a murderous ideology that envisions annihilation of us… we Germans should back the Israelis in this battle instead of expecting that they nicely allow themselves to be destroyed.”

He said that it is forgotten that drastic security controls in front of shopping centers, airports and cafés in the entire world are not necessary because the Catholic Church became radicalized, but rather because the Islamic world clearly shows too much tolerance for those who in the name of their God blow themselves up.”

Reichelt warned that the media attacks on Israel reveal a withdrawal from historical responsibility.