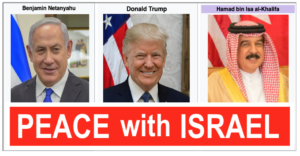 Trump tweeted out the news after he spoke by phone to both Bahrain’s King Hamad bin Isa Al Khalifa and Israeli Prime Minister Benjamin Netanyahu, the White House said.

Joint Statement of the United States, the Kingdom of Bahrain, and the State of Israel pic.twitter.com/xMquRkGtpM

Trump also tweeted: “Another HISTORIC breakthrough today! Our two GREAT friends Israel and the Kingdom of Bahrain agree to a Peace Deal – the second Arab country to make peace with Israel in 30 days!”

“This is a historic breakthrough to further peace in the Middle East,” the United States, Bahrain and Israel said in a joint statement.

“Opening direct dialog and ties between these two dynamic societies and advanced economies will continue the positive transformation of the Middle East and increase stability, security, and prosperity in the region,” it said.

Netanyahu said the agreement marks a “new era of peace.”

“For many long years, we invested in peace, and now peace will invest in us, will bring about truly major investments in Israel’s economy – and that is very important,” Netanyahu said in a video statement.

The king of Bahrain reiterated the necessity of reaching a fair and lasting peace between the Israelis and Palestinians, based on the two state solution, in a call with Netanyahu and Trump, Bahrain’s state news agency BNA said on Friday.

Israel’s Ambassador to the UN Gilad Erdan tweeted: “Another historic day for Israel and the Arab world. Congratulations to PM @netanyahu, Bahrain’s King Hamad bin Salman, President @realDonaldTrump, and @jaredkushner on this tremendous achievement. We are witnessing the beginning of a new era in the Middle East!”

Another historic day for Israel and the Arab world. Congratulations to PM @netanyahu, Bahrain’s King Hamad bin Salman, President @realDonaldTrump, and @jaredkushner on this tremendous achievement. We are witnessing the beginning of a new era in the Middle East! pic.twitter.com/21Li3LqOGO

Ivanka Trump, the president’s daughter and advisor also tweeted about the historic event.

This is the 2nd agreement between Israel & an Arab nation in the past month. 🕊 pic.twitter.com/PrwjV50F3B

On Thursday and Friday many speculated that another country would join the UAE in normalizing ties with Israel.

“You’ll be hearing other countries coming in over a relatively short period of time. And you could have peace in the Middle East,” Trump told a White House news conference on Thursday.

Trump said it was possible another country could soon join the diplomatic accord between Israel and the United Arab Emirates. However, he did not disclose the name of the country that might be the next to join, but predicted that Saudi Arabia would eventually do so.

Trump is going to host a signing ceremony next Tuesday that will include delegations with Israel and the UAE. His negotiators have been trying to get other Gulf nations, such as Bahrain and Oman, to join in normalizing relations with Israel.

“Next week at the White House we’ll be having a signing between the UAE and Israel, and we could have another country added into that. And I will tell you that countries are lining up that want to go into it,” Trump said.

“I think what ultimately will happen is you’re going to have quite a few countries come in. The big ones are going to be coming in. I spoke to the king of Saudi Arabia, so we’re talking. We just started the dialog. And you’ll have them come in,” he said.

The Saudi Embassy in Washington did not respond to a query on whether the Saudi ambassador or another Saudi representative would attend next week’s signing ceremony at the White House.

I have the name of the country, but I won’t go public until confirmed; would rather be right and late than wrong and early. #MazalTov to our Israeli friends.

“I’m frankly surprised they haven’t been to the table earlier,” said Trump, who added the United States would consider lifting a freeze on aid to the Palestinians if a deal can be reached with them.

Bahrain is where the White House held the June 2019 “Peace for Prosperity” economic conference, which various Israeli leaders attended.

Sheba’s director-general Prof. Yitshak Kreiss attended the “Peace for Prosperity” workshop in Bahrain and shared pictures on Facebook of his visit with Bahrain’s former Ambassador to the United States, Houda Nonoo. According to the post, “they discussed how healthcare and medical innovation can spur economic growth for the Middle East and Gulf regions.”

Subsequently, The Jerusalem Post reported that Bahrain was among three Gulf States that reached out to Israel’s Sheba to receive information and assistance in the fight against the novel coronavirus disease known as COVID-19.

Bahrain expressed interest in the hospital’s response to the pandemic at the same time as the UAE’s ambassador to the United Nations said publicly that her government would be willing to work with Israel on a vaccine. Since the announcement that the UAE and Israel would work to normalize ties, several deals have been established on this front.

Omri Nahmias and Rachel Wolf contributed to this report. 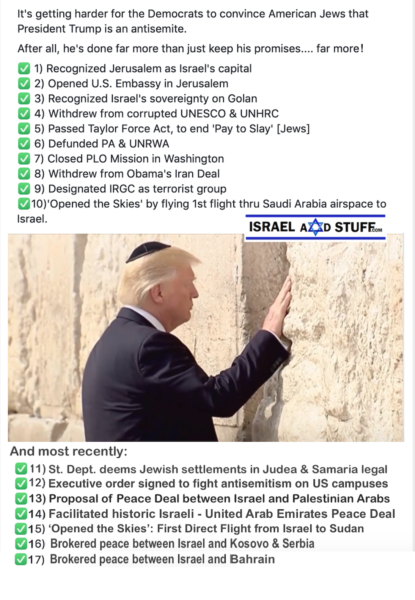