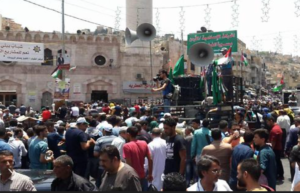 Protesters take to the streets en masse as Jordanian & Turkish leaders do nothing to calm the public over Israel’s placement of metal-detectors to holy site’s entrance, after smuggled weapons onto the Temple Mount were used in killing 2 police officers.

Demonstrations in support of Palestinian worshipers in support of their struggle against the new Temple Mount security measures were held Friday in Jordan and Turkey.

In Amman, Jordan, thousands gathered and shouted epithets against Israel. 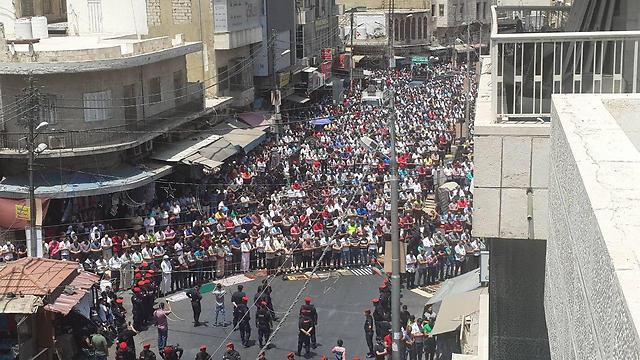 According to reports, the crowd shouted, among other things, “How beautiful it is to kill soldiers from Jerusalem,” with some waving a model of a cardboard missile with the words “Al-Aqsa – Red Line.”

Another demonstration was held in Istanbul, where Turkish Prime Minister Binali Yildirim condemned the use of metal detectors at the entrance gates to the Temple Mount.

“The security measures taken by Israel are wrong,” he said. “Blocking Muslims from entering the compound will not contribute to finding a solution to the issue.”

“Where are you, a nation of a billion people, while the prayers at the Al-Aqsa Mosque are being prevented? Where are the Arab summits while the mosque is filthy with settlers?” 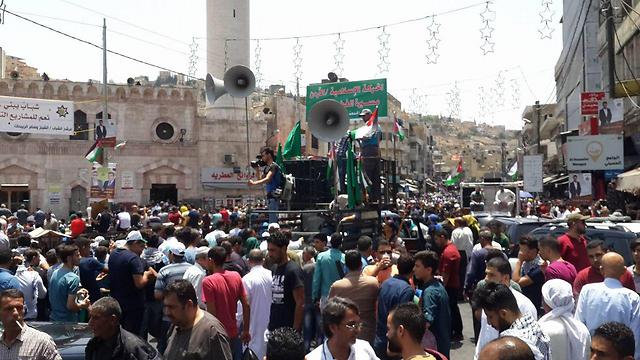 Haniyeh then praised the residents of Jerusalem and the Arabs of Israel “for refusing to surrender to the steps of the occupation in the Al-Aqsa Mosque,” claiming that “this campaign will end with the victory of the Palestinian people. We can withstand any challenge.”

According to Haniyeh, “the cameras, the checkpoints and the gates, are aimed at establishing Israel’s control over the mosque and restoring the plan to divide it.”

He expressed his support of Muslim faithful who refused to enter the Temple Mount through the metal detectors, saying “the only language that the Israeli occupation knows is the language of force,” and so Palestinians must speak in their language, as “the decision of the Israeli cabinet proves that the dreams of peace and normalization have collapsed.” 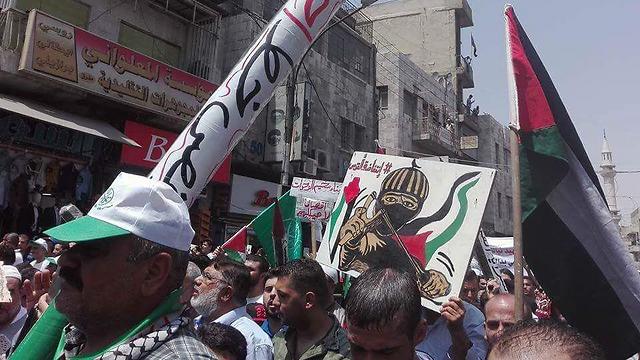 Haniyeh then called on Turkish President Erdogan, who is also chairman of the Organization of Islamic Cooperation, to formulate a comprehensive plan to combat the “Israeli conspiracies” regarding the Temple Mount.

The Hamas leader then appealed to King Abdullah of Jordan and called on him to shoulder his responsibility for the recent events in Jerusalem.